Brussels, 30 June 2020 – IndustriAll European Trade Union and the European Steel Association (EUROFER) have reiterated their deep disappointment at the EU’s decision to not adjust the tariff-free import quota for steel in the light of the collapse in EU steel demand. The steel sector had called for significant, short-term changes to the EU steel safeguards to preserve the industry during this pandemic-induced economic downturn.

“This is the worst crisis we have seen in decades, and it represents a failure to exploit the safeguard tool to the fullest possible extent. This may risk thousands of jobs and could cost taxpayers billions if the ensuing closures of steel facilities throughout Europe cannot be prevented by other measures”, said Luis Colunga, Deputy General Secretary of IndustriAll Europe.

“We need an emergency meeting with EU policymakers. Together we can work on solutions to rescue the strategically vital European steel sector. Only a robust domestic industry can reliably contribute to completing the circular economy, continue the transition to carbon neutrality, and ensure the welfare of Europe’s people”, Mr Colunga added.

At the Foreign Affairs Council meeting on 9 June, several Member States had urged the Commission to make adjustments to the safeguard review proposal, though they stopped short of calling for the drastic quota reduction and elimination of unused quotas requested by the steel industry. Only minor changes have been made to the proposals following Member State pressure, these are not enough in the current changed circumstances, according to the industry.

“We have seen a collapse of 50% in EU steel demand since March, but the tariff-free import quota has been further raised. Objectively, this makes no sense. We had expected a clear decision for European industry. This did not happen. The resulting marginal technical changes may help one or other steel product group but most of our industry has been left in the cold”, said Axel Eggert, Director General of EUROFER.

“We are ready and willing to sit down with policy makers with an open mind in order to develop a way forward for our sector and the downstream sectors it services”, emphasised Mr Eggert. “The result of the revised safeguards is a major upset, and the EU must still find ways and means to avoid further closures and job losses in the European steel sector”.

Brussels, 01 July 2022 – The upcoming negotiations on the EU Emissions Trading System and the Carbon Border Adjustment Mechanism need to enable industry’s decarbonisation and make the green transition a true success story. EUROFER, which represents the EU steel industry providing 310,000 direct jobs and 2,5 million indirect jobs, calls upon the EU institutions to work for a balanced compromise in the final text. The Council, with the adoption of its position, made progress towards a smoother phase out of free allocations for industries in transition to carbon neutrality, but several issues still need to be fixed. 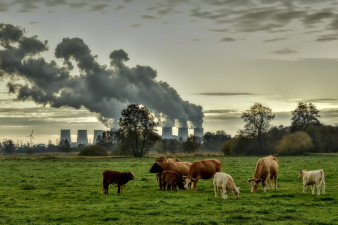 Position paper: Commission proposal on the revision of the Industrial Emissions Directive 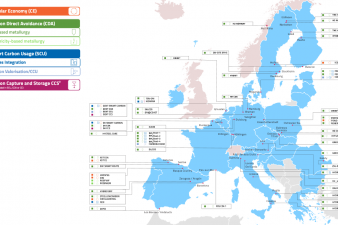 Brussels, 22 June 2022 – Despite some acknowledgment of industry’s challenges in addressing the green transition, the outcome of today’s plenary vote of the European Parliament will require further work in the next steps of the legislative process to align the provisions to the deployment of the EU steel industry’s ambitious low carbon projects. EUROFER reiterates its call to EU policy makers for an open, fact-based discussion, also in light of the evolving geopolitical and energetic context, in order to speed up decarbonisation and secure the EU’s strategic autonomy.