State of the European Union address 2020

European Commission President von der Leyen today gave her first State of the European Union address, looking back at the achievements of her Commission and forward to her ambitions for the coming months.

Her speech to the European Parliament touched on a number of policy issues relevant to the European Steel Association (EUROFER). Most notably, these include the raised 55% target for emissions reductions by 2030. As a sector in an advanced state of preparation to reduce emissions, EUROFER sees the target as needing the necessary framework in place to ensure success.

One of the elements of this framework is on the decisive and firm enforcement of trade defence rules. The EU recently modernised its Trade Defence Instruments (TDI), but still needs to be effective in their deployment. While the President touched on WTO reform in her speech, the EU needs to be proactive in seeking out and countering trade distortions that unfairly impact the jobs and prosperity of European citizens.

The Carbon Border Adjustment Mechanism (CBAM) was also addressed by the President. The CBAM aims to balance the concerns of industry about losing competitiveness compared to competitors in third markets who do not face the same carbon cost constraints as European industrial players, versus the ability of European companies to invest in reducing their emissions. Doing so is a matter of urgency, but the parameters of the CBAM must ensure the competitiveness of European industry, including steel, both at home and abroad.

Mrs von der Leyen also addressed a key technology in the push towards green steel, with welcome words on creating ‘hydrogen valleys’. Hydrogen-based steel production, which she mentioned in her speech, is a part of one of EUROFER’s green pathways: carbon direct avoidance. It is a positive step that a project of such importance is mentioned, and it serves as a fine example of the work the European steel industry is doing to help meet its own ambition of a 30% reduction in CO2 emissions by 2030 compared to 2018 (55% compared to 1990) and onwards to 80-95% by 2050, under the right conditions.

Finally, with the corona crisis having struck a severe blow to the European steel sector – with production down by half and 40% of the workforce laid off or on short working at the peak of the crisis in early-to-mid 2020, there is a need for an economic boost. The Next Generation EU recovery plan is a positive start, but EUROFER warns that we must relaunch as soon as possible to be able to ensure a recovery gains pace – giving the sector (and European industry more generally) the ability to advance towards the green future.

Brussels, 15 July 2021 – The Fit for 55 package, released yesterday by the European Commission, needs a more finely balanced approach to enable the decarbonisation of EU steel industry whilst avoiding the leakage of production and CO2 emissions outside the EU. 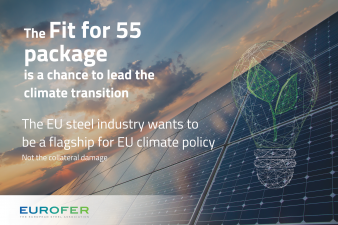 Brussels, 12 July 2021 – The European Commission is expected to put forward its Fit for 55 package of climate and energy policy measures on 14 July 2021. The Fit for 55 package is one of the most significant - and largest - groups of measures the EU has ever released in one go. It will completely revise the basis of EU climate and energy policy in attempt to bring it into line with the EU's political ambition. 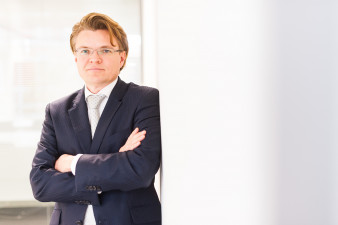